Thanks for stopping by! It’s about time you decided to learn how to become financially independent!

Rob Wilson is a financial advisor at an independent financial and investment advisory firm based in Pittsburgh (a.k.a SixBurgh – The City Of Champions), though his views on this blog are his own and not necessarily those of his firm.  Rob has been dubbed “Hip Hop’s Financial Advisor”  because he is a trusted advisor to professional athletes & entertainers;  Rob believes that we can all learn from their success.

Rob is originally from Pittsburgh.  He received his bachelors degree in Industrial Engineering from the University of Pittsburgh and his Masters in Business Administration from the Tepper School of Business at Carnegie Mellon University.

Rob in the Media: 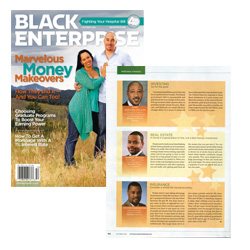 Rob was included in Pittsburgh Magazine’s 11th annual 40 Under 40, a celebration of 40 inspirational, successful, generous men and women from the region, all under age 40, who represent the best in Pittsburgh’s present and future.

Read about Rob and the other winners here.