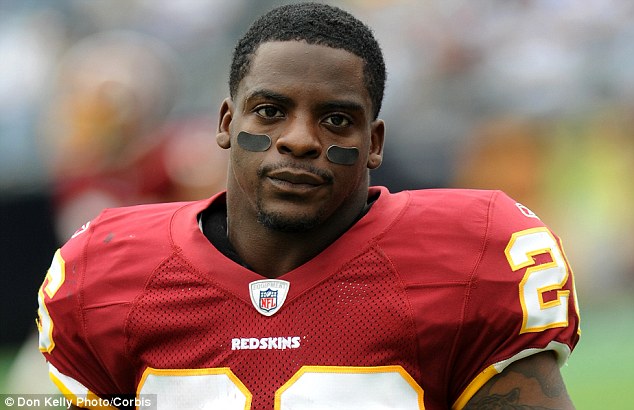 As a high draft pick, or a player with a big second contract, it’s easy to believe that you won’t be one of the guys that goes broke because you’ll be making “so much money.”

Yet, in reality, it’s the guys who make the most who have the highest probability of going flat broke.  The bigger they are the harder they fall.

It’s been reported that Mr. Portis filed for bankruptcy last week despite making more than $40 million during his playing career including a contract that made  him the highest paid running back in the NFL at the time.

In fact, his list of creditors looks like a screenshot from the ESPN 30-fo-30 documentary Broke, or an excerpt from the script of Dwayne “The Rock” Johnson’s show “Ballers” on HBO (which I should totally be cast for during the second season, just saying). 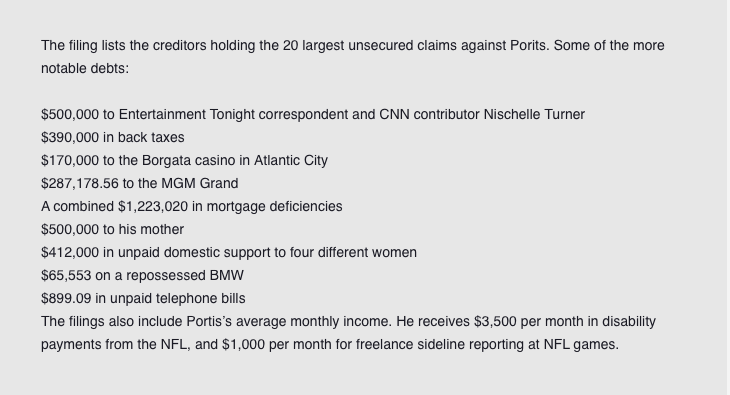 As a celebrity financial advisor, what would my advice be to athletes looking to avoid a similar fate?

a) Don’t invest in businesses, especially with 7 figures of your hard earned money, that you don’t understand until you’re done playing and have the time to become educated on your potential ventures.

b) Have faith, but don’t trust. This is the title of an entire chapter in my upcoming book on financial management for athletes. Have faith in your financial adviser, but don’t trust them. Ever. Make sure that you have systems in place so that trust never becomes an issue. If you’d like to learn how to do this, contact me, I’ll teach you how.

c) Don’t buy property to live in with expenses so high that it will be difficult to keep up with them once you’re done playing.

d) Have a plan for how you’re going to make money when you’re done playing, aside from trying to hit a home run with a casino business. If you don’t have a plan on living and working with purpose when you retire at such a young age, you’ll have too much time on your hands and the money will start slipping through your fingers.

e) Apply to work with me. If you seem like a good fit, I’d like to help.

Rob Wilson is a financial advisor with a practice geared towards professional athletes and entertainers.  He’s also a frequent contributor the CNN, CBS, NBC and various other media outlets.

For more financial advice, be sure to subscribe here: http://www.robwilson.tv/vip