Here on the Movers&Shakers Podcast, we love talking with entrepreneurs about the journey they took while starting their business. This episode excites me because we’ll be specifically talking about starting a technology company.

Why does it excite me so much, you ask? Well, many of you know that I have a bachelors degree in engineering and an MBA, so my passion lies in both business and technology.

But one thing I’ve noticed about tech is that while most of us are consumers of technology, some of us get stuck when it comes to being creators of technology

In order to help you bust through that roadblock and to encourage you to build and create new technologies, in this episode I have someone who has been there and done that, Don Charlton.

When I mention tech startups, you might immediately start thinking of the wealthy silicon valley, or rich kids starting companies in their dorm rooms. But Don’s story definitely didn’t start that way.

He’s not afraid to tell you that he grew up, in his words, “ridiculously poor.” When he left his small Pennsylvania town at 18 to go to college, he had all of $75 to his name.

Now he employs 40+ people, has raised millions of dollars in venture funding, and counts as customers some of your favorite web 2.0 companies such as Tumblr, Instagram and Pinterest, and had his product used by both 2012 presidential campaigns! 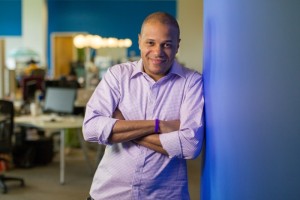 In this episode of Movers & Shakers here’s what we’ll cover:

Check out Don’s TED Talk – A Blueprint for Entrepreneurship here

If you enjoyed this episode, subscribe to the show in iTunes so that you never miss another inspiring interview!

Action Item: Start working on that great technology idea or invention that you’ve always thought about and develop a minimally viable product.