Hip Hop Generation — a term customarily applied to blacks born after the civil rights movement that has, in some cases, broadened to include anyone 18-35 who grew up on hip-hop music and culture.  President-Elect Barack Obama understood the significance of targeting this generation for their vote, and like Obama, Financial Advisor Robert Wilson is also focused on building his practice with the young hip hop entertainers, rappers, and athletes.

Internationally acclaimed financial expert Suze Orman may be recognized worldwide, but Robert Wilson is cleverly carving a niche in the financial industry by providing financial advice to the Hip Hoppers because he says they comfortably spend their money on 200 dollars sneakers, sporting their high priced bling-bling and other expensive items, but need help when it comes to being financially savvy. Wilson says he wants this generation to start building wealth and is advising many of his clients to start investing and saving.

Wilson also shares his thoughts about the current market conditions post election and strongly advises the public to not hide their money under the mattress because of the volatile market.

Beckham Media: Now that Obama has won the election, do you think there will be some stability in the markets?

Rob Wilson: The turmoil in the markets isn’t simply a function of who is in the oval office, so I think there will continue to be volatility in the markets for some time.The markets will be looking for some direction from the President-elect on how he intends to combat the problems in the economy and in the financial markets. Clarity on those points could provide some stability, but ultimately it will be the plans that have already been put in place in addition to any that the new administration might adopt that will hopefully strengthen the markets and the economy.

END_OF_DOCUMENT_TOKEN_TO_BE_REPLACED 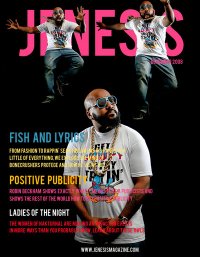 So here we are, one month removed from one of the biggest events of our lifetimes and I must admit that I am still in awe of what happened. He won. He really won. It’s almost like I keep waiting for Ashton Kutcher to run out from behind a Chevy Aerostar to tell me that I’ve just been Punk’d. That could still happen before January 20, but for now let’s just focus on the accomplishment.

Running for president is the biggest job interview in the world. What’s crazy, though, is that the election season of the past two years played out like the public official version of “The Apprentice.” Think about it, we started off with two teams, and each team had its own name, color and mascot. The teams were then given instructions to compete in these challenges called “primaries” and based on their performance in those events, someone would be sent home.

Week after week, contestants were called into the boardroom and were sent packing until we were left with one person from each team to compete in the final challenge. To spice things up, the final challengers were allowed to bring back someone from earlier in the show to help them in the final task. Shockingly, one contestant temporarily forgot which show he was on and brought back a contestant from America’s Next Top Model instead.

Oh and remember when Donald Trump asked the first black winner, Randall Pinkett, seconds after he hired him, if he would also hire Rebecca? Does that remind you of the pressure being put on the Barack Obama to “hire” a certain female competitor as his running mate??? Talk about life imitating, uh, reality shows. Does NBC know something we don’t know? The similarities are kinda creepy

END_OF_DOCUMENT_TOKEN_TO_BE_REPLACED

Wow! It all seems so surreal. It’s kind of like watching a bad (or any) episode of Flavor of Love; we’re just waiting for the next train wreck to happen. But unfortunately it’s not a dream, it is the living drama that is the Nightmare on Wall Street, 2008 edition.

If I told you last year at this time that the following organizations would cease to exist as we know them: Countrywide, Bear Stearns, Indy Mac Bank, Washington Mutual, Fannie Mae, Freddie Mac, AIG, Lehman Brothers and Wachovia you probably would have thought I was a St. Lunatic. As it turns out, that is exactly what happened and now a gaggle of formerly high flying investment bankers have gambled their way out of their jobs. Looks like there will be a flood of applications for I Want to Work for Diddy, Season 2.

END_OF_DOCUMENT_TOKEN_TO_BE_REPLACED

Okay folks, step into my office, I’m glad you’re here. I’ve been meaning to have this discussion with you.

I’ve been summoned here to help you learn how to work smart, play hard and live your best life. Said differently, Big Chips is about how to get, keep, and grow your cheese so you can live the kind of lifestyle that you want to live. Is that not why we came, if not then why bother? (Sorry, but I can’t quit bangin that Mr. Carter joint.) First, though, we need to get on the same, er, page. I know, technically if you are reading this we are on the same page. But you know what I mean Mr. Condescending Magazine Reader.

It’s been said that too often we “buy things we don’t need, with money we don’t have, to impress people we don’t like.” That wouldn’t be so bad if it wasn’t for the “money we don’t have part.” Weezy said “it’s not trickin’ if you’ve got it”, not “it’s not trickin’ if you can borrow it and pay it back with interest and fees over time!” I know that we all want to pop a few bottles every now and then, but if you can’t pull a Randy Moss [“Straight cash homie”], it might not be the best idea.

Sure, this article shares its title with a song about ballin’ out of control made by Kells and Hov prior to the whole “bodyguard-sprays-R. Kelly-with-mace” incident. But don’t get it twisted, Jay and “R-uh” didn’t always have those flashy items that they describe to you in vivid detail in their songs. And trying to emulate them can get you a one way ticket back to your momma’s couch quicker than you can say Stanley Burrell. Case in point: Scott Storch.

END_OF_DOCUMENT_TOKEN_TO_BE_REPLACED

So, to make it even easier for you to do that, Chase will allow you to increase your impulse buying tenfold by allowing you to send them a text to get your balance.  No more sitting down with your checkbook to figure out what you can actually afford, all you need to know is how much more you can run up on your credit card.

Act now and they will also include a real time ticker for the iPhone that will show your FICO score plummeting with each purchase!