Thorpe, who won three times on the PGA tour and has had even greater success on the champions tour, pleaded gulilty to failing to pay over $2 million in income taxes.

He faces a maximum of 2 years in prison and a $4.1 million fine.

Income tax  is one of the first things that professional athletes and entertainers must make sure is taken care of.  Aside from tax evasion being against the law, their returns are very easily targeted by the IRS.  Remember when Richard Hatch won Survivor and thought he could get away with not paying the taxes on his winnings?

Whether you like his music or not, it’s hard to argue with Fiddy’s business decisions. I am VERY impressed with this interview. The producers could have straightened out his tie though!

If you look beyond 106th and Park, you can learn something from businessmen who happen to be rappers.  I wonder if this clip will get as many hits as “Ridin Dirty”???

Listen and learn something. There will be an exam!

I’m sure that if Luda had stolen or wrecked his own car, the story would have been all over the news.  So why has the story about him giving 20 cars away to needy Atlanta residents flown under the radar?

Through his Ludacris Foundation, Chris partnered with a local dealership and gave away vehicles and free gas for 30 days to 20 people that wrote inspiring essays about their struggles to keep their jobs without reliable wheels.

It’s great to see Luda give back to the community since rappers are constantly criticized for what they do with their money.

I wonder if the winners will feel obligated to yell “MOVE B!#&H, GET OUT THE WAY!” while sitting in the awful Atlanta traffic???

Apparently, professional athletes aren’t the only targets for financial con-artists.  Michigan football coach Rich Rodriguez was allegedly involved in a $26 million deal to build condos on the Virginia Tech campus with a partner that is a felon and banned Clemson University booster.

It’s not clear whether he knew about his partner’s troubles before they got into business together, but it looks like more due dilligence should have been done.  See my previous post on Being Careful About Who You Trust!

The debate over health care reform has gotten really messy.  Wouldn’t it be great if we could just focus on the facts and work together to come up with a solution?  This discussion needs more than 4 minutes, but here I lay out some of  the facts about what the reform might mean to you.

Even in a recession, it’s not all about cutting back and being frugal, sometimes you just have to make more money! Are you getting paid what you’re worth?  No?  Well if Paula Abdul can walk away from a 10 figure deal, certainly you can squeeze a few extra g’s out of your boss.  Here’s how.

Yes, I’ve been to Jay’s club in NY, but that’s not the one that I am talking about.  And no, I did not have 40 home runs and 40 stolen bases in the Pittsburgh Sports League this season (but next year…watch out).

But, I am really proud to have been selected to the 2009 group of Pittsburgh’s 40 Under 40!  Developed by Pittsburgh Magazine and Pittsburgh Urban Magnet Project, 40 Under 40 recognizes 40 talented individuals under the age of 40 who are making a positive impact on the region’s development.

Even though awards are not the reason that you do what you do, it feels great to know that someone appreciates your work.

Jay-Z and Barry Bonds are probably busy that night, but you can check out the list of all of this years winners here.

I appreciate all of your support, and I hope you can join us! 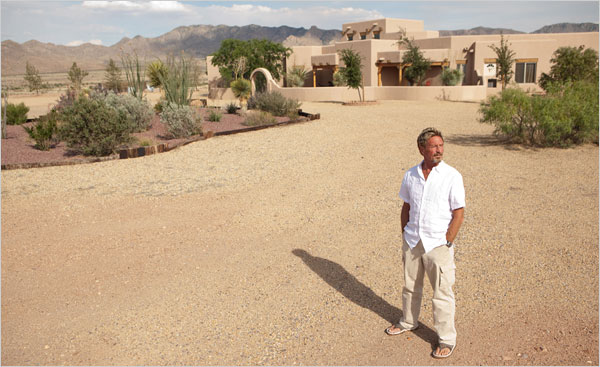 …The Harder They Fall!

According to the NY Times, economists are saying — and data is beginning to show — that a significant change may in fact be under way. The rich, as a group, are no longer getting richer. Over the last two years, they have become poorer. And many may not return to their old levels of wealth and income anytime soon.

In one stark example, John McAfee, an entrepreneur who founded the antivirus software company that bears his name, is now worth about $4 million, from a peak of more than $100 million. Mr. McAfee will soon auction off his last big property because he needs cash to pay his bills after having been caught off guard by the simultaneous crash in real estate and stocks.

Are you happy now??? 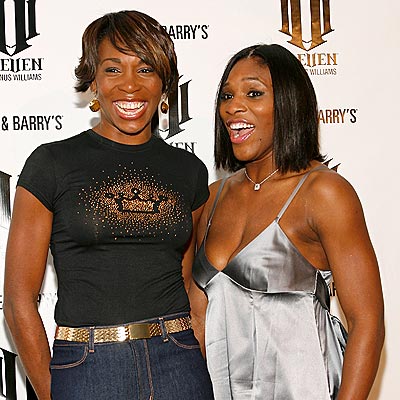 The tennis-playing sisters will become the latest celebrities to own a stake in the Miami Dolphins, several sources told ESPN.com senior writer Greg Garber on Wednesday.

A person close to the negotiations told The Associated Press an agreement was near but not yet final. That person did not want to be identified because the announcement has not been made.

”There have been preliminary talks, and hopefully it’ll work out,” Serena Williams said Wednesday night after a 6-3, 6-2 win over Yaroslava Shvedova in Toronto. “That would be a great opportunity for both of us. You never know. We’ll see what happens.”

The Williamses live in Palm Beach Gardens, Fla., about an hour’s drive from the Dolphins’ stadium. Their new role will be significant in part because the NFL has no African-American majority team owner.

Update! Venus also has a new book out where she discusses her success and her life as a tennis star. Click the image below to check it out! 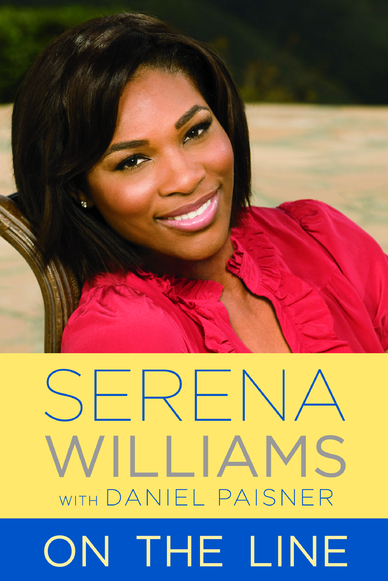