Seriously, I really hate these stories.  Unfortunately, this reinforces my choice to work with athletes and entertainers and why I work so hard to protect them from circumstances like this.

Among Kosar’s other major unsecured creditors:

According to the Luxist, a Florida couple is trying to sell their Ft. Lauderdale mansion by conducting a raffle.  This just proves it’s still bad out there. 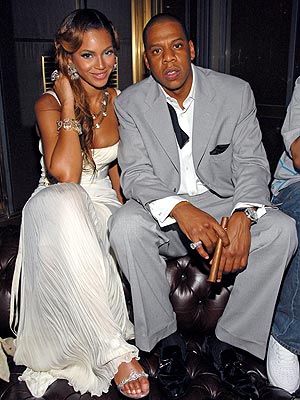 I’ll be talking (Financial) Planning For Your Wedding tomorrow morning on the KDKA Morning News on the CW.

You may not be planning a wedding as extravagant as Mr. and Mrs. Greatest Rapper Alive (speaking of which, did you hear “Death of Autotune“?…sick), but if you have any questions you’d like me to address, leave a comment and I’ll do my best to get in in the show or I will respond here.

Before you run to Home Depot for gardening supplies, make sure you take some time to get your financial house in order. 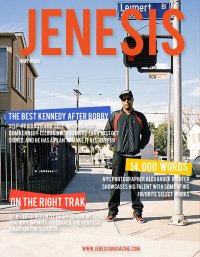 Who’s The Boss?
Don’t Like Your Job? Create Your Own.

When you turn on the TV and you hear that 5 million people have lost their jobs since the beginning of this recession, I’m sure those of us that still have one are thankful to say the least. But, is it truly a blessing to be trapped in a job that you hate, working for a bunch of people that you can’t stand? Not really. And you wonder why it’s so hard to get up in the morning? It’s great to be thankful that you can put food on the table, but is that all that you want out of the deal?

No, I’m not referring to the 80’s sitcom where Tony Danza used to chase around Judith Light like he didn’t have any sense. Although, who knew that Alyssa Milano, Tony’s daughter on the show, would turn out so smoking hot that she has grown men watching “Charmed” just to get a glimpse of her? I sure didn’t see that coming…but I digress.

I’m talking about taking a look at who is really the boss of you. Do you have a career rather than just a job? [If you are not sure…you definitely have a job.] How much control do you have over the direction of your career? Over how much money you make? If you don’t like the answers to these questions, it might be time to strike out on your own.

I know, I know, this isn’t what you’ve been taught…until now. If you are anything like me, your parents told you that the formula for success was Study Hard + Good Grades = Good College and Good Grades + Good College = Good Job. This equation is true. But you know by now that I don’t want you to have a GOOD JOB, I want you to have a GREAT LIFE. In order to do that, I think it’s time you started thinking about starting your own business. Why work yourself to death making someone else rich?

Where is Your Leverage?

It is very difficult for most people to get wealthy because their only source of income is their hourly wage or salary. But there is only one you and there are only 24 hours in the day. Sure, if you have a unique skill (doctors, attorneys, athletes) that someone is willing to pay top dollar for, you can use that model. If not, you need to find some sort of leverage to help you build real wealth.

Starting a business helps you get that leverage. There is a limit to what you can sell on your own, but your income is unlimited once you hire a bunch of people that can sell for you. The fact is either you get rich on the backs on someone else, or someone else gets rich off of yours. Period. Which one of those is your favorite position?

END_OF_DOCUMENT_TOKEN_TO_BE_REPLACED

The Early Bird Gets the Cheese
Start Early. Make Money.

Wait a minute…is that what I think it is? Is it? Yes, it is…it’s….the SUN! Holy mackerel, I can’t believe it. I was beginning to think that the economy was so bad that we couldn’t afford sunlight anymore. Whew, that is a relief. I just recently realized how different my attitude is when it’s warm outside and the sun is shining. I just have better days in general under those conditions. Perhaps I need to move to a warmer climate. Hmm, something to think about.

I also get excited because the warmer it gets, the closer I get to playing golf. I started playing golf a few years ago because I thought that it was a skill that I needed to have as a businessman. It only took me a couple of times out on a few beautiful courses and I immediately fell in love with the game. Love, though, does not reduce your handicap so I continue to practice so that my swing never, EVER gets as bad as Charles Barkley’s. If you haven’t seen his swing, check out the Haney Project on the Golf Channel for a few good laughs.

If you start to play the game you will hear a lot of golfers say “Boy, I really wish I had started playing golf earlier.” I agree. The funny thing about that statement is that it is very similar to what I hear people say about their money. “I wish I had gotten started with investing earlier.” “I wish I had saved more money when I was younger.” Funny how life imitates golf, huh?

Of course we can’t talk golf without talking Tiger Woods; especially since he laid the Chris Brown…oops I mean the smack down, on an entire field of golfers essentially on one leg at the US Open last year. How does he do it? Watching some of the shots that he makes, it seems as if he has superhuman powers. But he’s from California, not Krypton so there has to be another answer. There is…lots and lots of practice. END_OF_DOCUMENT_TOKEN_TO_BE_REPLACED

Here’s how to teach your kids about money…even if you don’t have it all together yet.

…Speaking of kids and money, I couldn’t resist posting this. Keith, how about we start them this early?!!?!?!

This is almost a follow up to the SI article I posted.  Yes, you need advice, but you have to get it from the right person.  Do your due dilligence.  This cat wasn’t even licensed!  Guys like him make it hard for guys like me that do things the right way.

The view from the pool deck at Arizona businessman Phillip A. Kenner’s multi-million dollar hideaway in Cabo San Lucas, Mexico.

Former NHL star Joe Juneau and other players allegedly have been defrauded out of as much as $20 million by financial adviser Kenner (below) and associates.

An unlicensed financial adviser who bills himself as a “lifestyle coach” scammed several NHL players out of millions of dollars, according to sources familiar with the case and a lawsuit filed by former NHL star Joe Juneau.

In case you were wondering why I’ve chosen to work with professional athletes, this article from Sports Illustrated makes it pretty clear.

My goal: To make sure none of my clients end up in an article like this!

How (and Why) Athletes Go Broke

Recession or no recession, many NFL, NBA and Major League Baseball players have a penchant for losing most or all of their money. It doesn’t matter how much they make. And the ways they blow it are strikingly similar.

…What happens to many athletes and their money is indeed hard to believe. In this month alone Saints alltime leading rusher Deuce McAllister filed for bankruptcy protection for the Jackson, Miss., car dealership he owns; Panthers receiver Muhsin Muhammad put his mansion in Charlotte up for sale on eBay a month after news broke that his entertainment company was being sued by Wachovia Bank for overdue credit-card payments; and penniless former NFL running back Travis Henry was jailed for nonpayment of child support.

In a less public way, other athletes from the nation’s three biggest and most profitable leagues—the NBA, NFL and Major League Baseball—are suffering from a financial pandemic. Although salaries have risen steadily during the last three decades, reports from a host of sources (athletes, players’ associations, agents and financial advisers) indicate that:

• By the time they have been retired for two years, 78% of former NFL players have gone bankrupt or are under financial stress because of joblessness or divorce.

• Within five years of retirement, an estimated 60% of former NBA players are broke.

• Numerous retired MLB players have been similarly ruined, and the current economic crisis is taking a toll on some active players as well. Last month 10 current and former big leaguers—including outfielders Johnny Damon of the Yankees and Jacoby Ellsbury of the Red Sox and pitchers Mike Pelfrey of the Mets and Scott Eyre of the Phillies—discovered that at least some of their money is tied up in the $8 billion fraud allegedly perpetrated by Texas financier Robert Allen Stanford. Pelfrey told the New York Post that 99% of his fortune is frozen; Eyre admitted last month that he was broke, and the team quickly agreed to advance a portion of his $2 million salary.

Ladies, this one is for you.  Women have unique challenges when it comes to money; Here’s how to deal with them.